Round II because I already spent some time in Germany during this campervanning tour of Europe, when I visited friends in Hamburg around Halloween.  In between The Netherlands and Denmark.

On this second round I stopped in 4 different places and I have picked a few highlights for you from each stop.

My friends in Hamburg recommended I stop in Schwerin on my drive from Denmark to Berlin. Spot the rhyme. Needless to say, this was an excellent shout.

I set off from Ribe early in the morning but I arrived in Schwerin late in the day because I wanted to squeeze in two more quick stops in Denmark before crossing the border, at two unusual islands on the Wadden Sea: Mando and Romo.

When I eventually got there, I was very close to booking a lastminute accommodation because I struggled to find a suitable camping spot for the night; but just as I settled with the idea of driving to a hotel, I noticed a dedicated campers car park to my right while waiting for the traffic lights to go green. Yay!  It was very basic but very central and with electricity hook-ups. That’s all I needed. Perfect. I absolutely loved Schwerin despite feeling a little under the weather that week. I cycled around the cobbled streets (and yes, I do go “aaa-aaa-aah” as I do this) and on a beautiful route along the lake.  I also enjoyed a lovely long stroll around the stunning Castle and in the beautifully landscaped park right next to it. The weather was in my favour this time and I could finally take some blue-skied pictures. 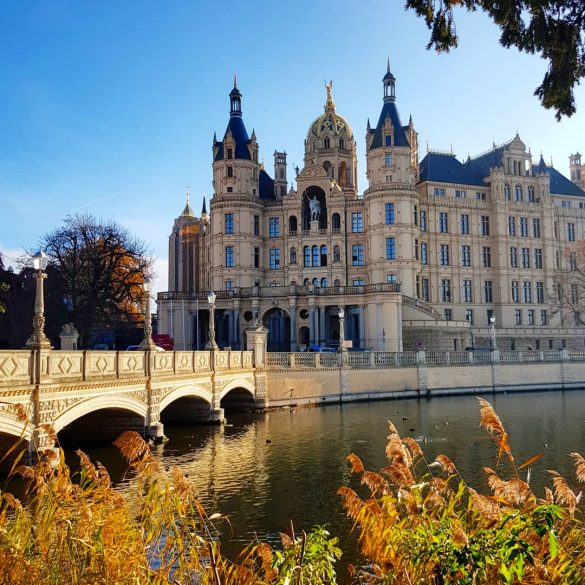 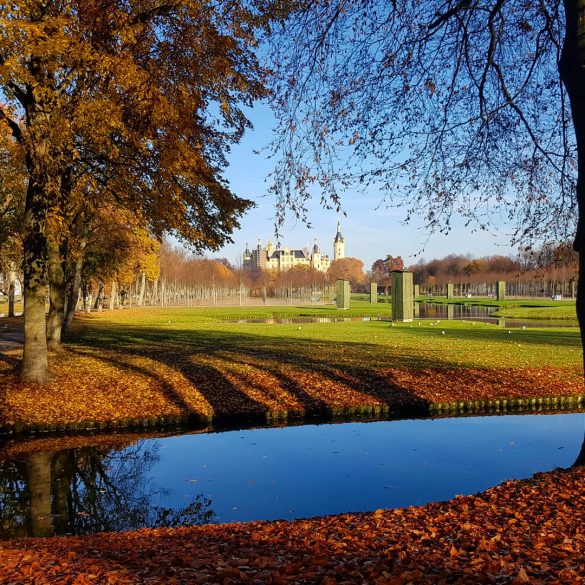 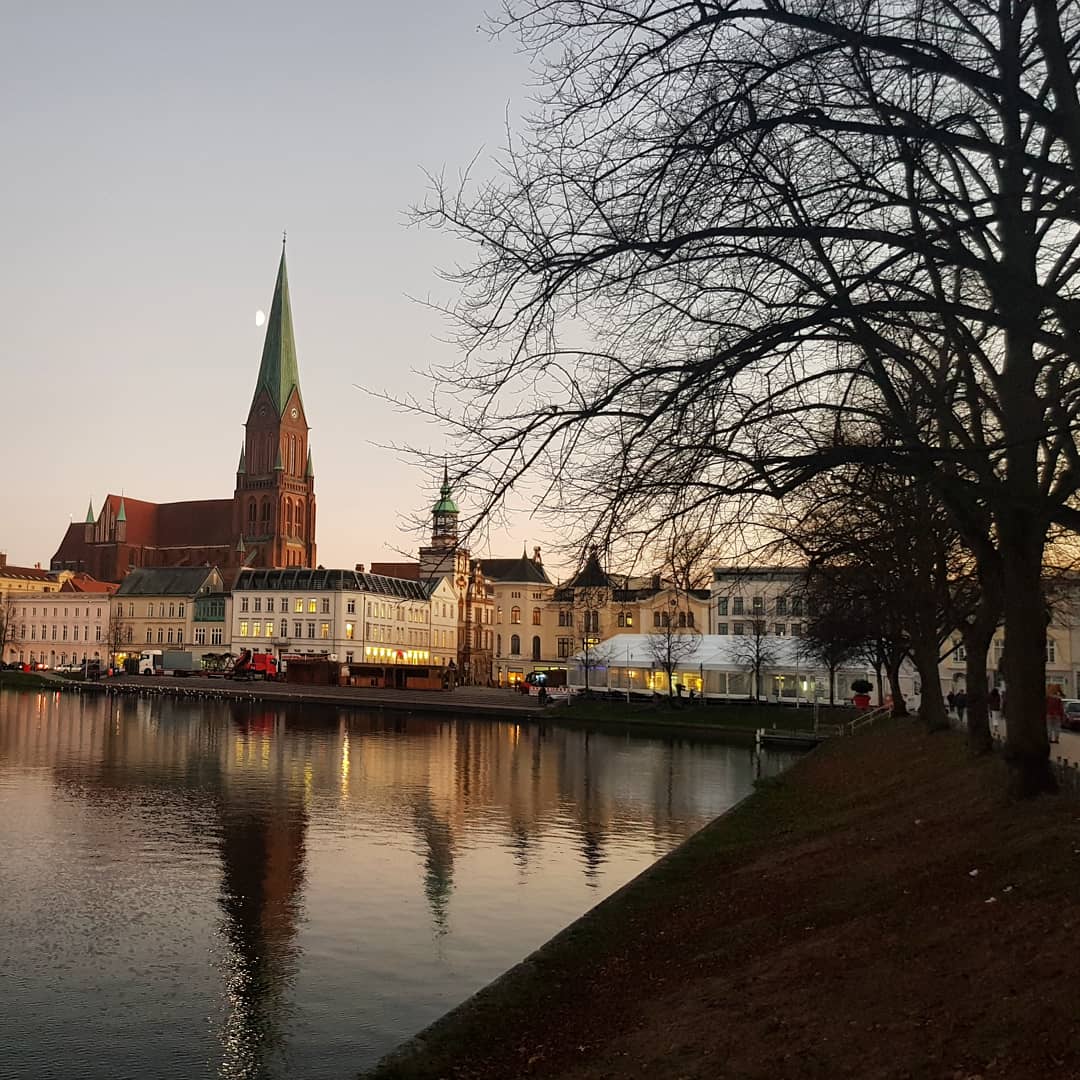 As I wandered around the pretty streets, I popped into a sweet looking church (not the main cathedral).  As soon as I walked in, the organ started playing.  Just for me! There was no one else and clearly someone was simply practicing. I sat there for a while with my eyes shut. What a treat.

In Schwerin I found some nice cafes where I could relax, read, take notes and generally enjoy watching the locals go by.  My favourite pastimes. At the gorgeous Konditorei Rothe café/patisserie (full of incredible pastries and cakes!) staff was so excited about my vanlife story they even offered me a warm shower and a drink at their homes if I needed to.  So kind. During low-season not all campsites are open and if they are their receptions close very early.  In Berlin I had very limited options.  The camping place I hoped to stay at, for its proximity to the city, had no one attending it and didn’t look well maintained. So I drove on, but only after emptying some grey water and filling up with some fresh one…

I ended up staying two nights at the DCC Campingplatz Berlin-Gatow, which offered great facilities and from there, accessing the city centre was pretty straight forward: one bus and I was on the main train/metro lines. On the first evening in town, I walked in a random church (as I love doing) just as I whatsapped my mum, telling her I would go in to say a little prayer for her and I.  This time I was greeted by a drums evening! People gathered on the alter to play together creating such a joyful, powerful energy. The following two nights in Berlin, I booked myself into an Airbnb to be a little more central. I shared a beautiful flat with two cool guys in the quirky Kreuzberg area.  The first night I parked up the van on the main street and I met kind wardens who confirmed it was fine there until 7am the next morning ,but I was told I needed to display a green environmental sticker. Whoops, they let me off for this time.  The next day, I moved Peter Van just outside the controlled zone and jumped on my bicycle.  My super travel ally. 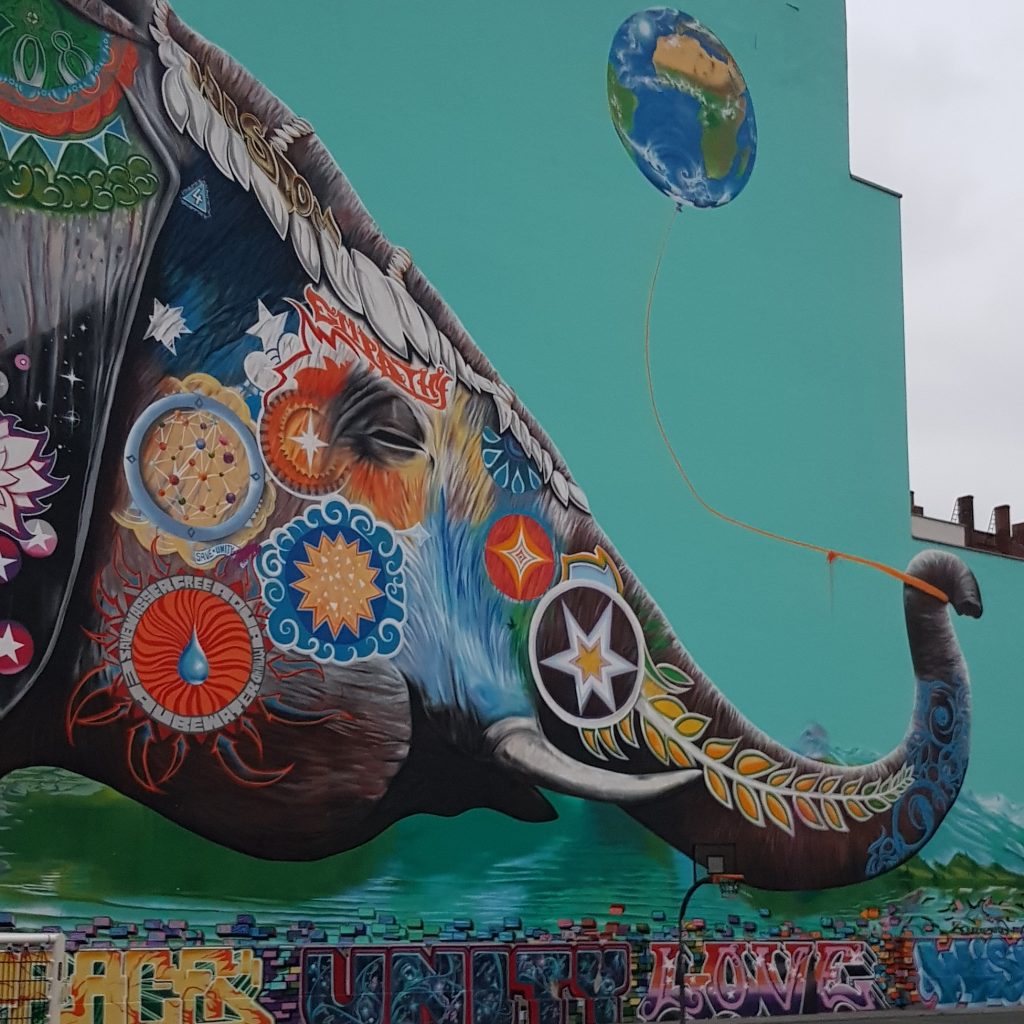 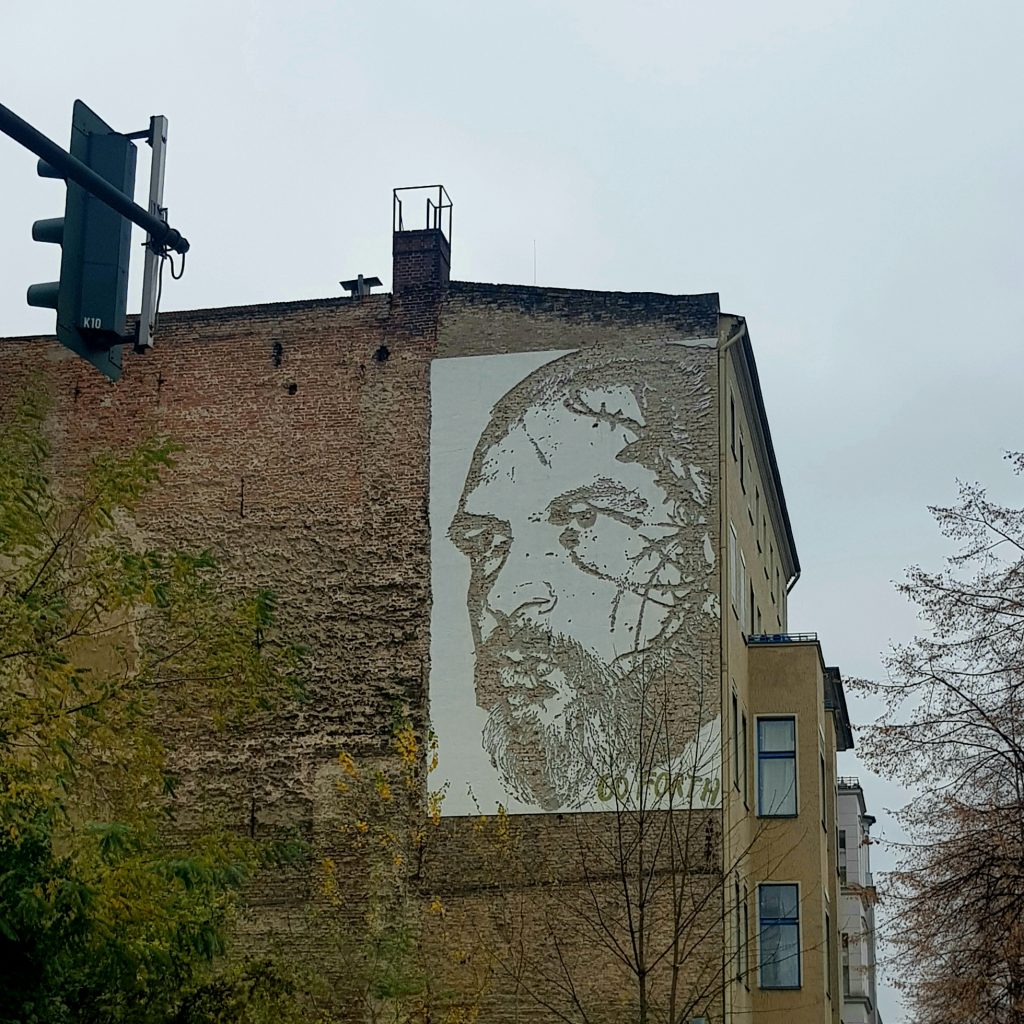 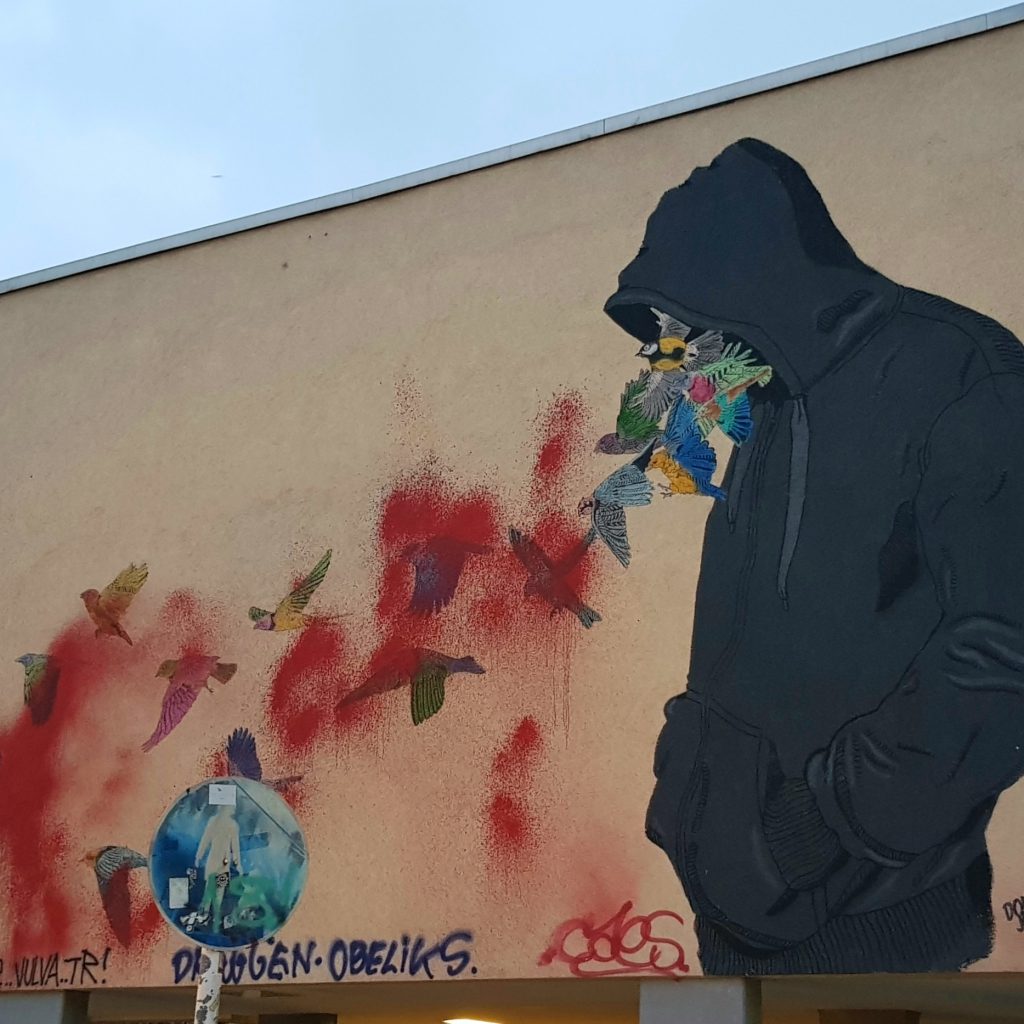 I roamed around the city like a local. I didn’t do anything touristy (I visited Berlin before, but many many moons ago) and instead I explored freely, with little agenda.  It was getting colder now but cycling gets me through more areas so easily and it gives me so much more freedom.

I particularly loved cycling in the enormous Tempelhofer Feld.  Historically, an important military airport of the capital city. It closed in 2008 and has since served as an impressive public place for the Berliners and visitors. You can cycle here, run, skate or simply have bbqs and chill. 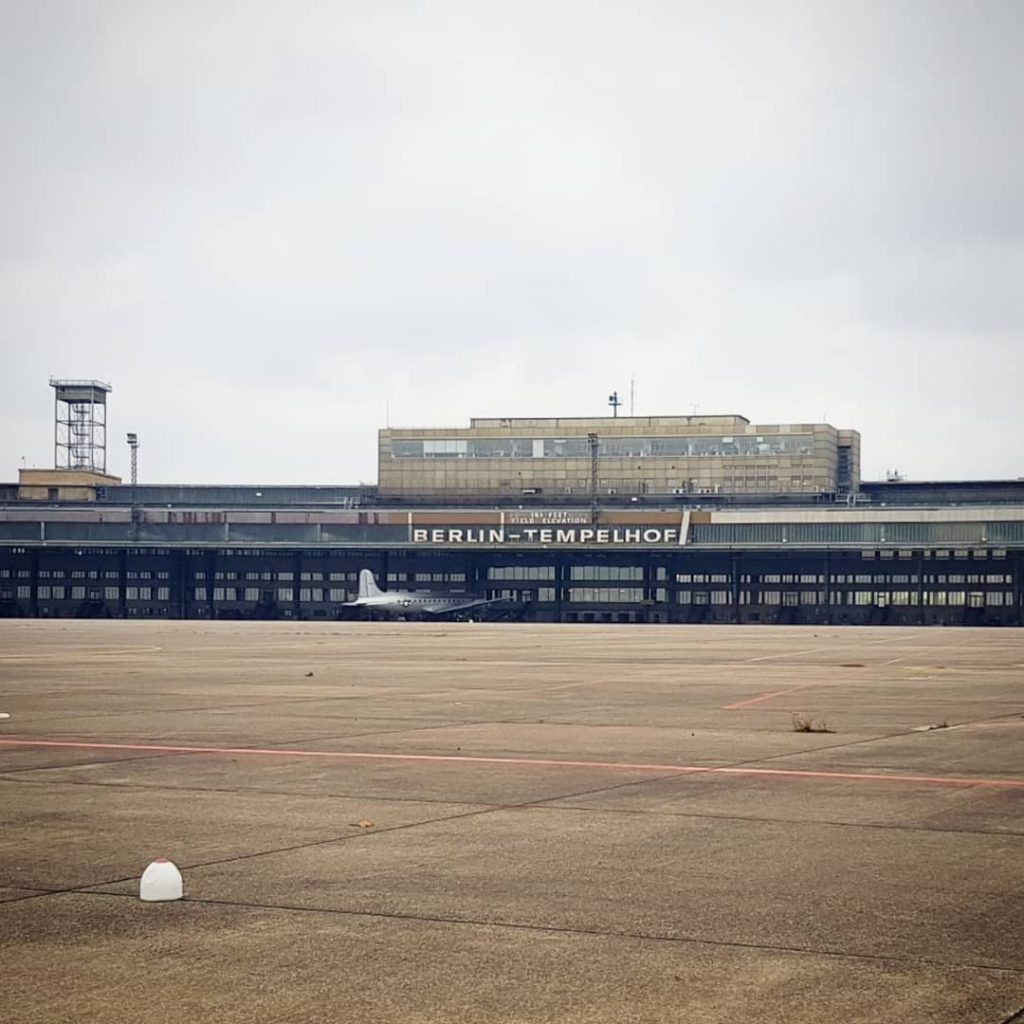 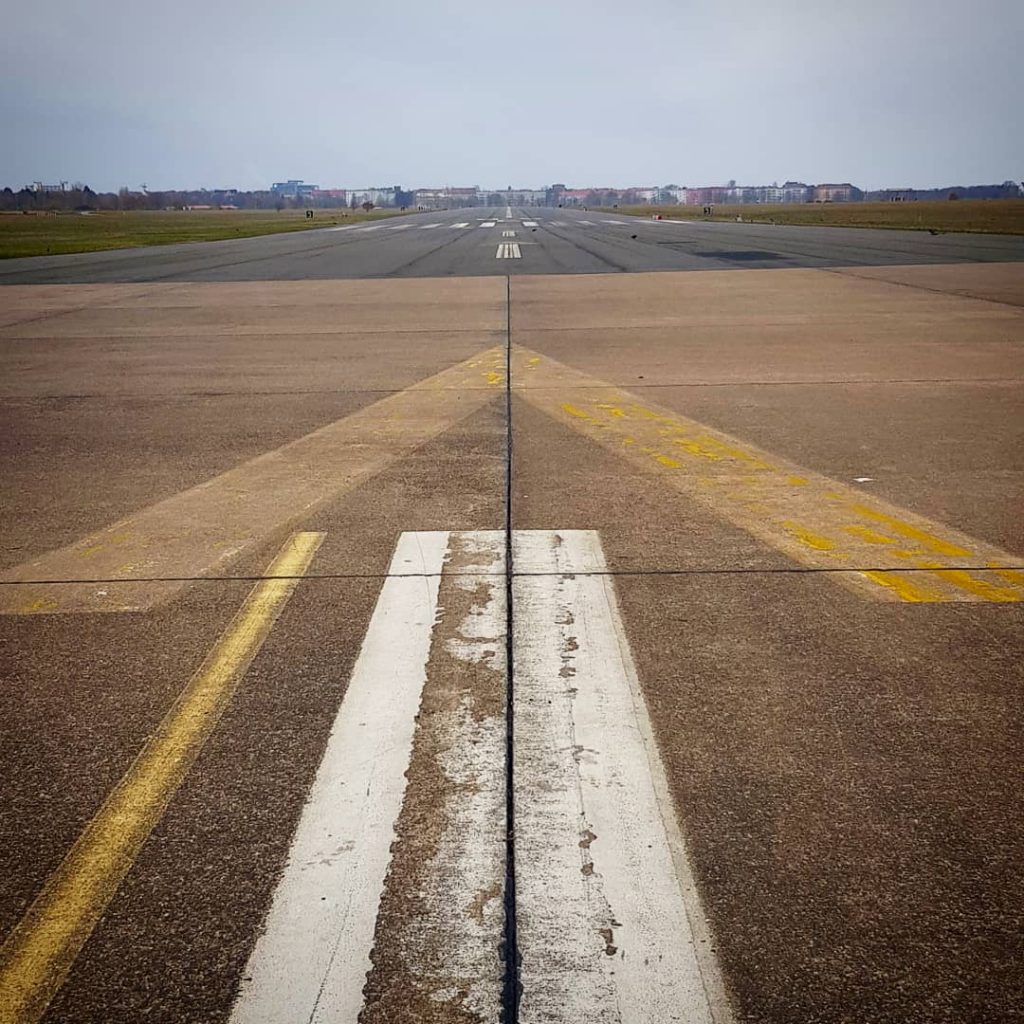 While in Berlin I needed to take a little break from the social media. I uninstalled my apps for 2 days and took very few photos. I recharged focussing on myself and my stay.

After Berlin, it made sense to head to gorgeous Prague and as I studied my route to get there, I spotted Dresden.  I was also getting conscious of the legal requirement to fit winter tyres in case the weather conditions changed to snow and ice.  Plus in Czech Republic they are obligatory on certain marked road, from 1 November to 1 April.  Dresden seemed like the right place to organise this change-over.

The question was: what to do with the old tyres, since I had no storage for them and I was not planning on returning to Dresden any time soon.  I found a very helpful garage who fitted my new tyres by the next day and proposed a solution for me to carry at least two of the old tyres that were in the best conditions.  This will save me buying 2 out of 4 new ones in the Spring.  So I am now driving with one tyre fixed safely on my bike rack (leaving enough space for my bicycle) and the other one is snuggled in front of the passenger’s seat. More reasons to keep travelling solo now… LOL. In between visits to the garage and a fun DIY “carwash”, I found time to cycle to town, wander around the old centre and treat myself to a yummy grilled fish at a traditional German restaurant: Kutscher.  Dresden architecture is so beautiful. The Frauenkirche (cathedral) in particular made me gasp when I stepped inside.  It looks like a beautiful theatre, with its round shape and wavy balconies facing an altar that resembles a giant piece of jewellery.

It’s hard to imagine this city completely destroyed by the bombings blast only 72 years ago. 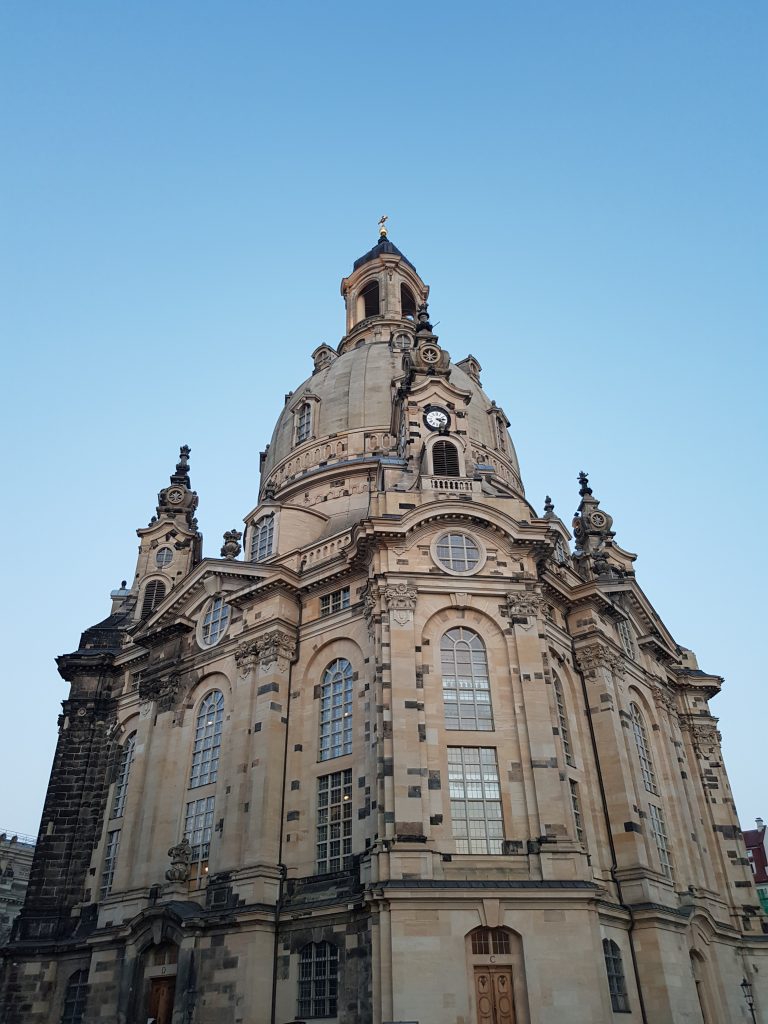 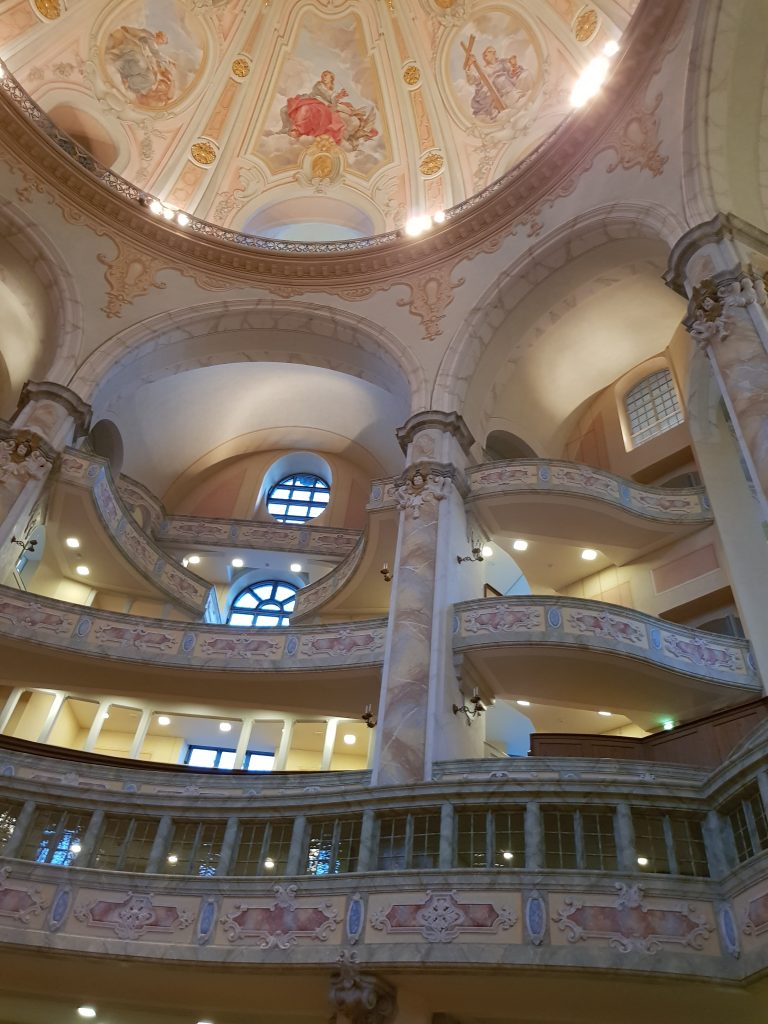 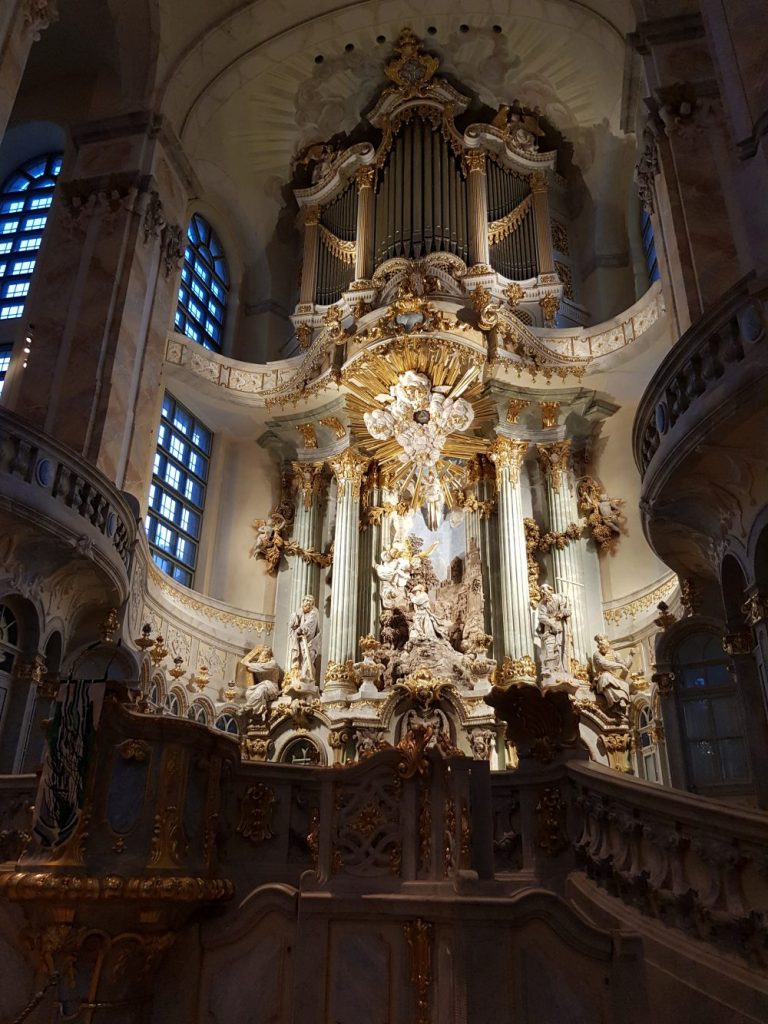 It was one of the guys I met at the tyres garage who suggested I stop at Bastei on my way to Prague. Yet another splendid unplanned discovery. Bastei is set in the Saxon Switzerland National Park, only an hour or so drive from Dresden.

I stayed at the beautiful camping site called “Sachsische Schweiz”, despite finding their reception shut when I arrived.  The lovely lady owner guided me through check-in over the phone. The next morning I made my way to Bastei and I was so glad I did.

I never witnessed anything like it. Natural rock formations of up to c.200m above the river Elbe, formed by water erosion over 1m years ago.  This site is breath-taking and has attracted tourists for many centuries. Then during 1800s, a bridge was built linking some of these natural towers, firstly wooden and later replaced by a sandstones structure. A must visit. 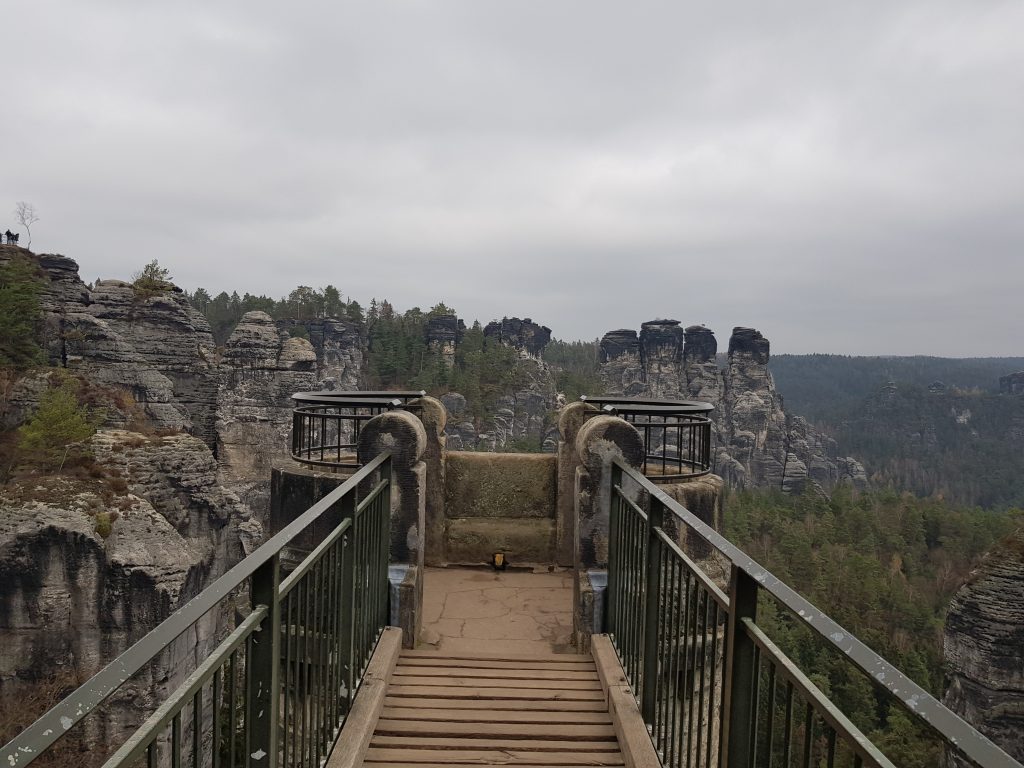 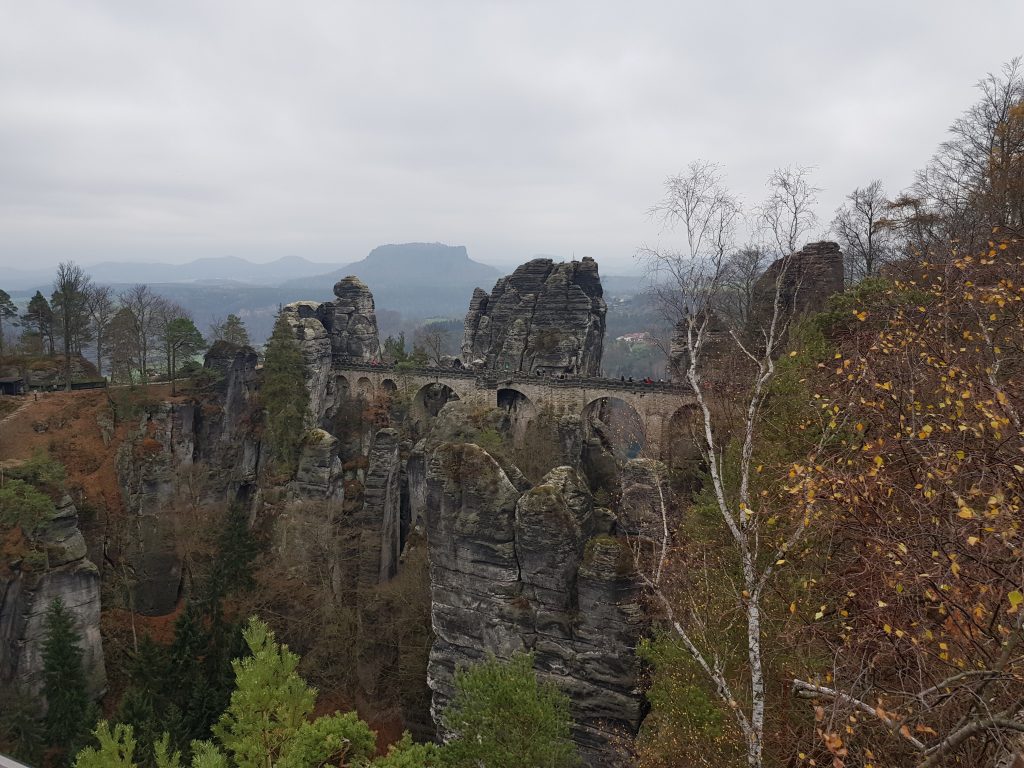 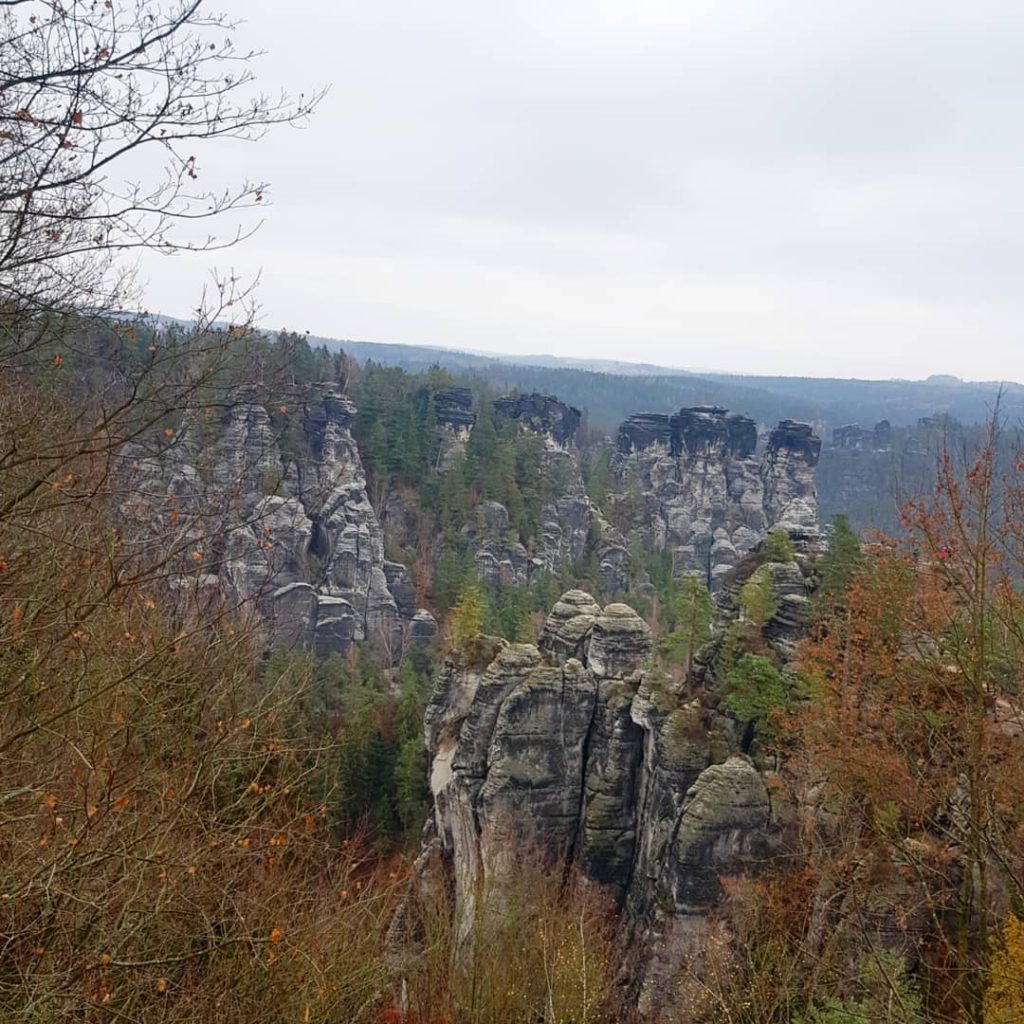 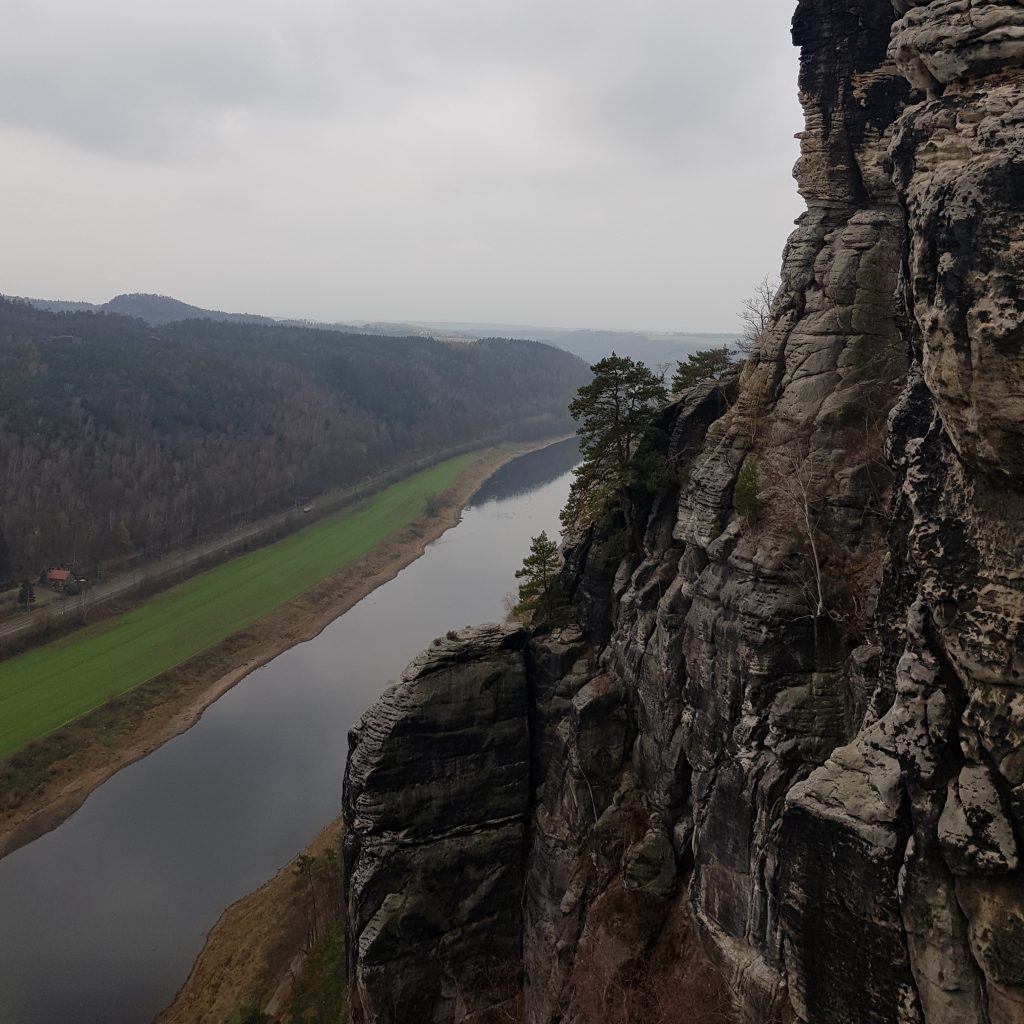 I was now ready to drive across the Czech Republic borders.  Thank you Deutschland, I will be back for Round III !

WE HAVE FREEDOM TO REINVENT OURSELVES!

GIVE YOURSELF A GIFT OF FREEDOM THIS CHRISTMAS!

6 QUALITIES A COMPANY SECRETARY AND A LIFE...

No images found!
Try some other hashtag or username